Aside from the pandemic, politics, geopolitics and all the other bad stuff that riles markets, the inflation threat has been the most threatening known unknown making markets nervous through 2021. Inflation is likely to remain incendiary and volatile through the coming year – adding more angst to markets as participants ponder the consequences. 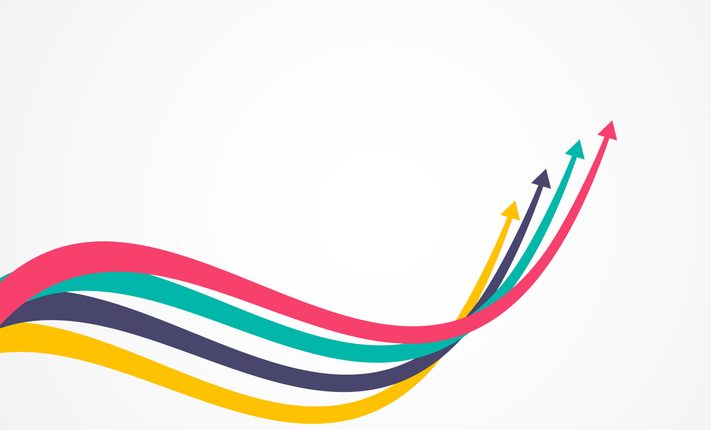 The threat is becoming increasingly clear. It’s a massive threat to markets, society and economic growth. Expect to read a lot about it.

The big news in December is Jerome Powell, Fed Chair, finally admitting the post-COVID inflation we’ve seen building over the past 18 months is anything but “transitory”. It’s here to stay. That’s come as something of a surprise to many analysts who went with the central bankers dismissing inflation as a likely short-lived issue, a mere post-pandemic hurdle that would swiftly be passed by. Over the coming weeks, sentiment is likely to shift towards new long-term inflation scenarios as the inflation numbers remain stubbornly high. It’s difficult to imagine an inflationary scenario that’s positive.

Inflation is currently running a shocking 5-6% across the Western Economies – for how much longer, or how much higher is a “how long is a piece of string question.” We don’t know. Inflation is now in a spiral of supply chain hick-ups, wages, earnings and contradictory expectations. Inflation may ease tomorrow. It may not. Be a boy scout… Prepare for a rough ride.

Unexpected consequences include fears that inflation will boost rising pandemic populism, leading to protectionism and the end of globalisation – a less connected global economy is likely to prove inflationary, especially in terms of increased tariffs.

What is, perhaps, most frightening, is how little financial professionals – from central bankers, investors and traders – really understand what inflation is and how it emerges. It is overly simplistic to state inflation is “everywhere a monetary phenomenon” as the uber-monetarists proclaim. That fundamental ignorance could create massive policy mistakes and market uncertainty.

Unexpected consequences include fears that inflation will boost rising pandemic populism, leading to protectionism and the end of globalisation – a less connected global economy is likely to prove inflationary, especially in terms of increased tariffs.

The next time some “expert” tells you inflation is all the fault of Governments borrowing too much, ask them to explain how and why. What a vast number of market participants don’t get is inflation doesn’t follow rules – it follows sentiment. Governments and central banks have been stuffing the global economy with liquidity for the last decade, but it’s only in the last few months the pandemic shock has crystalised real inflation. Why… Because suddenly people fear inflation.

Let me coin a new mantra on inflation: “Inflation is everywhere what people fear it might become…”

The confusing reality of the system of multiple demand and supply transactions we call the global economy is it’s anything but a series of binary questions. It’s unfeasibly complex. If you raise interest rates that may cause a rise in the relative value of the currency, thus reducing inflation from imported goods, but it will equally create a series of shocks through the economy in terms of more expensive loans, impacts on retail jobs and services and rebalance the whole demand/supply equation as a trillion new decisions will be made by economic participants.

Hope should never be a strategy. Conventional wisdom is cheap.

Financial markets work because participants are constantly evaluating every nuance of information to determine future prices. Prices are a reflection of the market putting together everyone’s perception like some enormous voting machine. Inflation is just a particularly important part of the economic picture influencing the market vote at present. Should we let it panic us?

Maybe not – we’ve just undergone a period of unmatched and sustained global monetary creation through the past 12 years – since 2009. Stock prices have tripled – posting massively higher gains than the relatively lacklustre economic growth we saw over the same period. It’s financial asset inflation, pure and simple. It’s happened because stocks look relatively cheap to ultra-low interest rates, and central banks have been pumping liquidity into the financial system (in the hope of creating economic activity) via QE.

The result is massive financial asset inflation on a cause and effect basis: make money cheap and financial assets will rise. (Conversely, that’s why everyone predicts a stock market crash when rates (the price of money) rise!)

But long-term Financial Asset Inflation since 2009 has created a whole series of massively destabilising consequences. The rich have become phenomenally richer – buoyed by soaring stock prices. Generally, they are exactly the same people saying governments are borrowing too much, taxing them too much and it’s time to cut spending! Expectations that markets will only keep going higher have sucked in legions of retail investors convinced they’ll get rich (only if they stay lucky). The results of chronic inequality, political blindness and insane financial optimism make for a hopeless unbalanced and unfocused economy.

The real value of the global economy is not the market cap of an electric car company worth trillions, but the number of electric cars being produced and sold. (These are very different metrics – one is perceived future value, the other real value.)

Inflation in the real economy is not cause and effect. It’s a constantly evolving perception and expectations led threat. It changes as the votes with the markets change and the behaviours of economic participants change.

The supply chain crisis as the global economy reopened triggered a host of consequences around the globe. What’s happened has been complex and spawned a host of unforeseen knock-on effects. The coronavirus and successive lockdowns are still throwing new shocks into the system – as a result, the system is becoming increasingly chaotic and impossible to predict as the threat board keeps changing.

This is roughly how it worked:

Economies around the globe shuttered themselves through lockdowns and working from home. Goods become scarce – from construction lumber to microchips at both micro and macro level, from local shortages to national level. Prices of scarce goods rocket – often temporarily till new supply leaven shortages. However, workers perceive higher prices and demand higher wages to compensate – triggering wage inflation. Prices become elastic to the upside and sticky to adjust downwards. Companies raise margins and prices to meet wage demands, fuelling further wage demands and declining demand. The intricate balances between demand and supply become increasingly chaotic, and more so when new COVID lockdowns raise new supply chain threats. Throw in an energy inflation spike and you create a recipe for disaster.

The key thing is not that inflation is simply due to the consequences of too-low interest rates (the monetary phenomenon) or rising government indebtedness (pumping money into the economy) but is due to the expectations of crowds towards perceptions of rising costs.

In a crisis, human behaviour tends to become increasingly difficult and fractious to predict. The unpredictable behaviour of crowds makes Central Bankers policy choices fraught. Traditional inflation responses like austerity, raising taxes, tighter monetary policy, are as likely to cause market instability and generate increased expectations to push inflation as to ease it.

The time to cut liquidity, the amount of money sloshing around the financial system was a long time ago. That money – that’s fuelled financial asset inflation – is now pouring into the real economy in terms of buying real assets like property, pushing up real inflation.

Complex eh? But don’t panic… yet.