Out of the Frying Pan & into the Fire 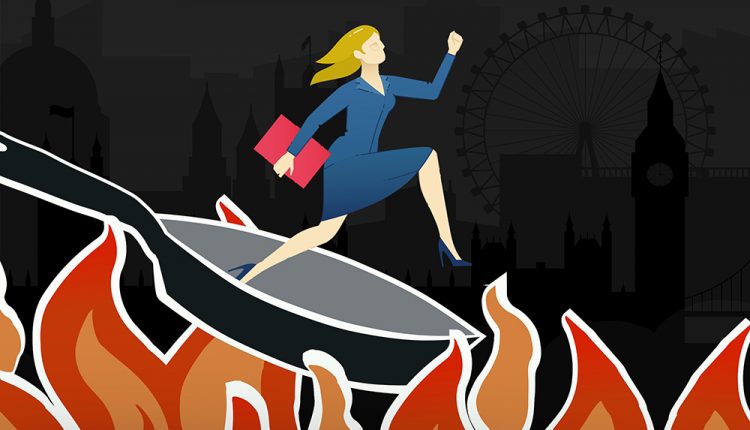 Trying to write a concise article about UK Fiscal Policy in the middle of October 2022 is a bit like reporting the final score of an aggressively close Rugby Match at halftime.

I delayed writing as long as I could, giving Chancellor (n+1) Jeremy Hunt time to lay out his “emergency statement” unravelling absolutely everything Liz Truss has put in motion since her elevation to the premiership. But, in the wake of increasing political instability, I fear how many statements might yet follow…

The question we want answered is – what does it all mean for the UK economy? How are we going to drive growth and restore financial credibility?

The current economic debacle facing the UK is much more than just a polycrises of domestic leadership misjudgements, failing services, anaemic growth, tumbling productivity, sub-optimal investment, surging mortgage rates and consumer price misery. There is also the global angle whereby high-interest rates, high debt levels, and persistent inflation may be a feature for a decade. We don’t yet know just how destructive and destabilising the consequences may yet be. (Clue – horrible!)

It’s not worth repeating the cataclysm of failure and policy mistakes since Truss was appointed Prime Minister by a small number of rich, aged, white conservative men in her party. But, give Truss and Kwasi Kwarteng some credit: their objectives were good – recognising the UK needed new, disruptive approaches and policies to drive growth and improve productivity.

Their goal was to smash the orthodoxy and transform the UK’s lethargic low-growth, low-wage and low-productivity economy into a hi-energy hi-growth economic powerhouse. (Conveniently they skipped over how Conservative Party has been in power for the last 12 years, during which time the value of the UK economy has fallen from 90% of Germany’s to 70%. Brexit? Let’s not even go there!)

Then it got messy. Recognising the UK is a lethargic stifled economy was hardly a Sherlock Holmes moment for anyone remotely familiar with economic reality. But Truss and Kwarteng thought they’d uniquely stumbled on some great economic insight – and naively decided only they were qualified to propose solutions. It was dangerously destructive arrogance. What they did next may have condemned the UK to penury for a generation.

Their strategy and policy announcements were beyond shambolic – untested, regressive, ill-advised and downright pig-ignorant of any economic or market reality. There was no strategy, no grand plan, just desperate hopes expressed as irrefutable facts. The UK’s financial reputation took millennia to establish. It took Kwasi Kwarteng less than 30 minutes to demolish it.

The really upsetting thing is – prior to 23 September 2022 (the date of Kwarteng mass-suiciding the UK economy) it would have been entirely possible to have presented a cogent, credible and workable plan to bail out the UK energy crisis and promote growth via a series of specific taxes, borrowing and policies.

The morning before Hunt presented his plan, Tesco Chairman John Allan, a highly respected British business leader, told the BBC’s Laura Kuenssberg the Conservatives have no growth plan, but: “We have seen the beginnings, I think, of a quite plausible growth plan from Labour. At the moment their ideas are on the table, and many are actionable and attractive.”  His views are generally shared across the City of London – where previously support for Labour was considered a capital offence.

We all know how it played out for Truss and Kwarteng. They have left the UK as a global financial laughing stock. By focusing the eyes of the world on our financial crisis, umpteen doors and policy options that could have offered effective ways for the UK to navigate its way through the multiple crises now upon us are now closed.  They have made finding a solution so much more difficult.

Jeremy Hunt “courageously” stepped into the breach, playing his new chancellor “can’t be sacked” card to unwind the illiteracy of Trussonomics, but he can’t wipe away the indelible stain it’s left on the economic outlook for the nation. He clearly upset Truss – No 10 started actively briefing against him almost from the start. The only Truss “policy” to survive was the removal of the banker bonus cap… Why? Did his scriptwriter miss it?

Hunt, and many traditional, orthodox Tories, believe Truss and Kwarteng failed because they didn’t balance the budget, thus upsetting the markets. That’s a massive mistake. Take your pick of the many reasons markets lost confidence in them:

The new problem is Hunt has ditched Truss’s growth plans and presented a new mini-statement committing the UK to financial conservatism – effectively switching policy from Growth to Austerity. Hunt and the rest of his party have hunkered down, convinced the only way to restore the financial stability of the UK is to address the £70 bn hole in the accounts (they created) is tax hikes and spending cuts.

Austerity is never a route to growth.

One of my chums is fellow Scotsman Professor Mark Blyth, Rhodes Professor of International Economics at Brown University. His 2013 book, Austerity: The History of a Dangerous Idea, picks apart the notion of austerity will boost growth by slashing debt. “In general, the deployment of austerity as an economic policy has been as effective in bringing us peace, prosperity, and crucially, a sustained reduction of debt, as the Mongol Golden Horde was in furthering the development of Olympic dressage.”

Blyth goes on to show how Austerity doesn’t work, it increases inequality, and it can’t work in a competitive global economy where prices and currencies are volatile. He asks: “Is everybody supposed to run current account surpluses? If so, with whom—Martians? And if everybody does indeed try to run a savings surplus, what else can be the outcome but a permanent global depression?”

I spoke to Mark following Hunt’s statement and his disbelief was palatable: “The UK’s growth model, such as it was, was built around asset protection for the south and nationalism for the north. When you can’t even do the asset protection right anymore, what’s the point? And if you think further cuts to a welfare state that is already one of the worst in the OECD will bring back growth I would ask you to look at what happened the last time you tried this with Osborne for a bit of a reality check. Benefit Street and ’strivers vs skivers’ makes for good tabloid headlines but does nothing for GVA (Gross Value Added).”

Yet cutting debt and services provided by Big Government is default libertarian conservatism and will appeal to all 81326 party members who voted for Truss as Prime Minister of the UK. They may be happy.

The rest of us are not. 12 years is a long, long time in politics. Time for a change.