What Bed Bath & Beyond Can Tell Us about Meme Stocks

Alongside GameStop (GME) and AMC Entertainment (AMC), Bed Bath & Beyond (BBBY) was one of the biggest beneficiaries of retail trader mobilisation. The early meme trading investors had a stunning success. From March 2020, at BBBY’s low point of $3.84, to the five-year’s peak at $35.36 in January 2021, many investors have made over 800% in profits. 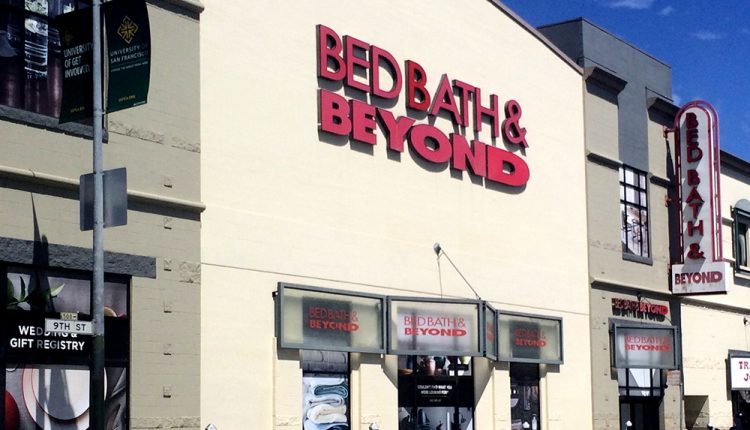 No doubt, to receive such gains in less than a year could be a life-changing development, especially now with so many discount stock brokers available. The very telling of it inspires dreams of financial freedom. However, herein lies the problem. Is this investing model sustainable?

Why Did BBBY Go Down in the First Place?

From September 2017 to March 2020, BBBY stock dropped by -86%. There are a couple of key reasons for its downfall unrelated to post-March lockdowns. Firstly, the company kept opening new stores at a time when Amazon has been selling the same home merchandise at a discount and online.

Secondly, BBBY has been engaging in exorbitant stock buybacks for years. Since its share repurchase plan in 2004, it bought back nearly 75% of its stock, roughly $11.7 billion worth of 264.7 million shares. Typically, at prices 4-5x above present market price. This only ramped up after it became a meme stock in the last two years.

When companies buy back their own shares, the pool of outstanding shares is reduced. In turn, the remaining ones are boosted because they are rarer. The problem is, BBBY bought over 3x more shares since 2004 than its current outstanding supply of 79.96 million, which is priced on average 4x less.

In addition to stiff competition, this places BBBY in a losing streak, leading to August’s closures of 150 stores, 20% job cuts and re-financing. Unfortunately, this was too much of a pressure for BBBY’s Chief Financial Officer, Gustavo Arnal. Last week, his death was officially ruled as suicide as he toppled down from New York’s “Jenga” tower.

It is safe to say that retail traders saved multiple companies from bankruptcy. Like GME and AMC, BBBY was one of the most heavily shorted stocks. From August to January of 2021, BBY became a hot short-squeeze topic, leading to short-sellers having to buy more stocks to cover their bets.

As hoped by Reddit’s r/wallstreetbets, this triggered a bloated BBBY stock, in just a couple of months.

It appears that the BBBY bubble has finally popped. Image credit: Trading View

Seeing this growth, more retail traders piled on, while others were already locking in their profits. In the meantime, the ones holding the bag have been convincing a new wave of investors to “hold the line” because the company had a plan to come back.

This strategy came to an abrupt halt when the Federal Reserve started ramping up interest rates. After having flushed the economy with $5 trillion of liquidity, which largely contributed to retail stock speculation, it was time to reverse it. At first, the Fed increased interest rates by token 25 bps in March, then by 50 bps in May, and then by 75 bps in June and July.

As the Fed kept winding down access to cheap borrowing money, it wiped out trillions from the stock market. Year-to-date, this reduced the US total market cap, as a percentage of GDP, by -50%.

In other words, the Fed enacted a liquidity reset, making meme stock trading all the more untenable moving forward. With rising costs of living, other priorities have taken a foothold.

Meme stock trading bears a remarkable resemblance to altcoin trading. While Dogecoin relies on Elon Musk’s Twitter escapades and other social media hype, so do stocks like GME or BBBY. Likewise, there are always early winners and long-term bag holders hoping for another hype wave.

However, investors cannot escape from fundamentals which made short sellers place their bets, to begin with.

The Fed’s unprecedented money printing spree served as a reprieve, but only for a while. Now that this excess liquidity is drained from the system via interest rate hikes, fundamentals are all that remains.