Commercial real estate industry executives are optimistic about Q1 market conditions while taking a “wait and see” approach to new Administration policies and potential tax reform, according to The Real Estate Roundtable’s Q1 2017 Economic Sentiment Index released this week. “The Trump Administration and a new Congress are aiming to unshackle the economy by focusing […] 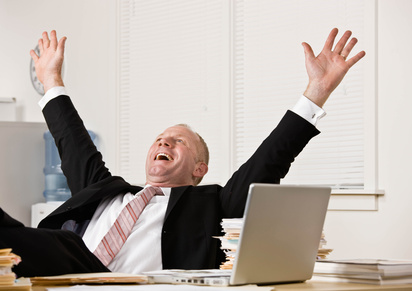 “The Trump Administration and a new Congress are aiming to unshackle the economy by focusing on growth-oriented policies,” said Roundtable CEO and President Jeffrey D. DeBoer. “As our Q1 Sentiment Index shows, leaders in commercial real estate are cautiously optimistic about what policy changes may bring, yet concerned about any potential unintended consequences that could threaten real estate’s vast contributions to the US economy.”

The Roundtable’s Q1 2017 Sentiment Index registered at 55 — seven points up from the last quarter. [The Overall Index is scored on a scale of 1 to 100 by averaging Current and Future Indices; any score over 50 is viewed as positive.] This quarter’s Current-Conditions Index of 55 increased four points from the previous quarter, and rose 1 point compared to the Q1 2016 score of 54. However, this quarter’s Future-Conditions Index of 55 rose nine points from the previous quarter and is up 10 points compared to the same time one year ago, when it registered at 45.

The report’s Topline Findings include:

Although 36% of survey participants said asset prices increased “somewhat higher” compared to one year ago, 43% of respondents said they expect generally flat valuations a year from now — reflecting the view that many believe pricing has stabilized for certain property types. Some also noted that inflows of private capital currently favor equity to debt, dependent on the quality of the property.

DeBoer added: “The Real Estate Roundtable and its members want to advance policies that will spur job creation and economic growth, always guided first by research, data and reasoned analysis that inform policymakers’ understanding of all issues, particularly when making choices that affect real estate. We hope our information will assist the policy discussion as lawmakers continue to charge forward on proposals that could have an enormous impact on our nation’s growth, prosperity and national security.”

Data for the Q1 survey was gathered in January by Chicago-based FPL Associates on The Roundtable’s behalf.