Understanding The Trump Trade: Can He Actually Deliver?

Below, Tamara Lashchyk, a Wall Street Executive and Business Coach, talks to Finance Monthly about the current state of markets in the US and the impact that Trump’s Presidency will have on the strength of America’s economy. Tamara has 25 years of experience working at multiple Wall Street investment banks including JP Morgan, Bank of America and […] 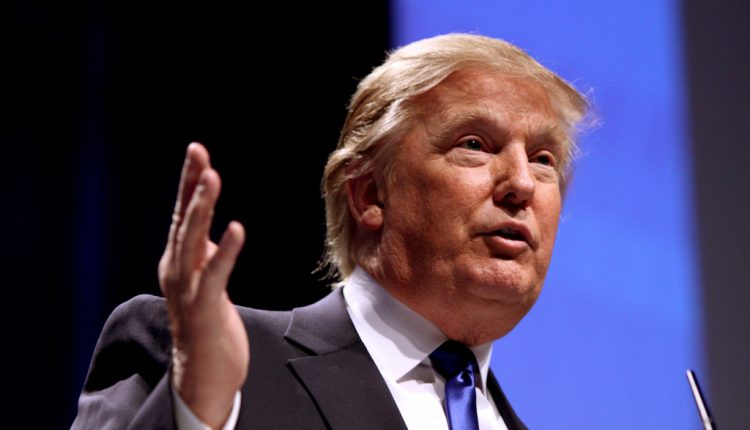 Below, Tamara Lashchyk, a Wall Street Executive and Business Coach, talks to Finance Monthly about the current state of markets in the US and the impact that Trump’s Presidency will have on the strength of America’s economy. Tamara has 25 years of experience working at multiple Wall Street investment banks including JP Morgan, Bank of America and Merrill Lynch just to name a few. She also recently authored the book “Lose the Gum: A Survival Guide for Women on Wall Street.”

Over the last 12 months the US Equity Markets have shown steady signs of growth until last November when the US elections sent the stock market soaring into another stratosphere. A 16% market surge over the last six months could have an intoxicating effect on investors, but one should heed a word of warning about using market performance as the sole barometer of economic health. With GDP growth hovering just below two%, the stock market has fast outpaced the growth of the real economy.

Although corporate profits are a contributing factor to this bull-run, much of the current market rally has been fueled by the economic optimism generated by the Trump campaign and his promise to deliver a pro-business agenda. Any interference in Trump’s ability to deliver against that agenda could halt this market momentum and even send it towards a decline.

But in the wake of an administration riddled with controversy and scandal, the private sector sits anxiously awaiting, to see on how much of this promise Trump can actually deliver. Topping the heap of the Trump strategy is Tax-Reform and a reduction of the corporate tax rate which would stimulate profits; repeal of onerous government regulations particularly in the banking sector; and renegotiation of trade deals.

But the clock is ticking and Trump’s time horizon could be much shorter than the four year term of a presidency. If the all stars and planets align for Trump then he will have the full duration of his time in office to work with a Republican Congress. But with mid-term elections less than two years away, Trump’s opportunity to deliver may evaporate just as they did for President Obama when he lost both the Senate and the House.

At this point however, the mid-terms seem like a distant concern while the greater issue is the dark cloud of political smoke that engulfs this Administration. Whether or not there is actually fire remains to be seen, but in the meantime all the political noise creates an unproductive distraction that pulls Trump’s focus towards political warfare rather than delivering against his pro-business agenda. If any of the countless allegations are proven to have merit, a Trump impeachment could also be on the horizon.

To understand the impact that a disruption of Trump’s presidency may have from an economic standpoint, one should take a closer look at the current state of the economy. If you peel away the market enthusiasm and look at the economic fundamentals, the real economy is on solid ground and has been for quite some time. Unemployment continues to steadily decline although recent figures show signs that the decline is tapering off as underemployment and non-farm payrolls have reported softer than expected numbers. Caution regarding the slowing pace of growth is already priced into the market as seen by the return of the 10 Year Treasury yields back to their November levels. Inflation is under control eliminating the need for aggressive rate hikes by the Fed but a quest for normalization is still at the forefront of the Fed agenda as we balance against the danger of falling into a deflationary trap. Forcing a rate hike however, could send the economy into a tailspin so the Fed will likely play it safe by running the economy hot and dealing with the consequences of more money supply in the market.

So all in all, the fundamentals paint a solid economic picture, but they by no means match the gangbuster returns of the markets. Although the stock market is one of the leading indicators, in the past it has proven itself to be a cautionary tale, especially when considered in isolation. It is therefore important to look beyond the superficial gains of the recent market rally when evaluating the strength of the US economy.