Your Thoughts: Are Immigration Concerns Damaging the Global Economy?

According to Forbes, voters concerned about immigration helped swing both the Brexit vote and the election of Donald Trump to the winning ends, but this goes beyond the UK and US’ big socio-political decisions. In many countries now workers are putting pressure on lawmakers to oppose the perceived threat of immigration. This in turn allegedly […] 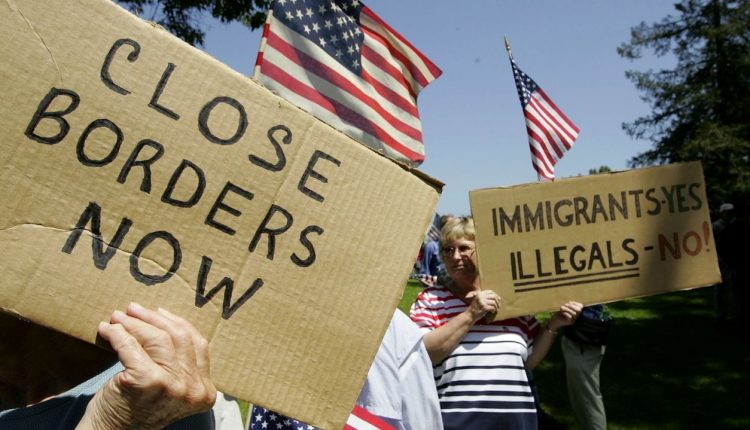 According to Forbes, voters concerned about immigration helped swing both the Brexit vote and the election of Donald Trump to the winning ends, but this goes beyond the UK and US’ big socio-political decisions. In many countries now workers are putting pressure on lawmakers to oppose the perceived threat of immigration.

This in turn allegedly affects regional and sector markets and the global economy a great deal. This week Finance Monthly heard from several specialist sources on the various ways immigration changes and public opinion on immigration are or aren’t shaping local and global economies.

Positive news about migrant workers is often overlooked. As immigration is regularly at the forefront of news and political debate, migrants – whether filling highly-skilled or low skilled jobs – often bring benefits to their host country that directly impact on global business.

The invaluable knowledge and talent from the highly skilled, and the filling of key occupations by the low skilled, can decrease unemployment and increase income capacity with no negative influence on public finances. Most significantly, migrants allow businesses to expand their workforce to meet their growth potential.

UK corporates across the retail, IT and financial services sectors in particular, are beginning to seek their migrant workforce from new markets that they would not have ordinarily considered, forming alternative relationships with fresh customer markets.

There is an assumption that all migrant workers are low skilled and this just isn’t the case. Migrants from a global arena not only fill talent deficits in the host labour market, but can also offer a diverse skillset that may be lacking in the host country. Such skills can generate more cross-border new business opportunities by opening communication up to new markets, while knowledge transfer can assist in upskilling existing co-workers.

Due to restrictions of free movement between the UK and EU global businesses have the opportunity to select the most suited candidate from a much wider pool of talent by casting the net more widely.

With Brexit negotiations unfolding, it is likely that immigration laws will continue to change frequently and directly impact global businesses as a result. Such quick changes to immigration laws, such as those revealed in the Queen’s Speech can cause significant instability in currency markets, causing drastic fluctuations.

Although businesses with bigger profit margins are less sensitive to currency fluctuations, increased exchange rate volatility combined with the complex structures of most global businesses, means that monitoring trading activity is now essential, no matter the size or scale of the business.

The UK’s decision to exit the EU, where immigration was a commonly considered factor for the leave campaign, provided a strong example of fluctuating currency rates. For example, immediately after the Brexit vote there was a sharp drop leaving GBP to EUR 15% lower than pre-Brexit and GBP to USD and AUD down 17%, having a significant direct financial impact on global business.

In December 2015, Prime Minister Justin Trudeau went to Toronto’s airport to receive Syrian refugee families. When handing them winter coats, he repeated many times: “Welcome. You’re safe at home now”. Refugees to Canada arrive as permanent residents and receive support to become full-fledged citizens as swiftly and smoothly as possible. The families are sponsored by local communities, bodies of government, churches, and individuals who provide them with money and housing for one year. Many of them become economically autonomous and start to give back to society before that year is over.

Trudeau’s statement goes further than expressing the values of solidarity that most Canadians cherish. It makes good economic sense. The integration of migrants into the fabric of a nation has net economic advantages—and even more so to developed economies with low birth rates. Research shows that those who move to a new country in the pursue of a better life work harder, are more entrepreneurial, create more wealth, and even win more Noble Prizes than the rest of the population.

Of course, the results are not so positive when immigrants came to do backbreaking work but receive virtually no rights—as, for instance, those coming to Germany following the 1950’s and ironically called Gastarbeiter (meaning ‘guest-workers,’ as if guests should be expected to do the hard work). Or when, despite French Law and the very principle of égalité saying otherwise, the grandchildren of colonial wars returnees continue to be perceived as second-class citizens. In these cases, full integration will take much longer. But suitable integration helps the host economy to remain vigorous and innovative. Just look at the business, the cultural, and the scientific landscapes in the U.S. and you see the power of first-, second-, and third-generation immigrants. They are the ‘American dream.’

Hence, when it comes to immigration, what is bad for economy is misinformation and ignorance. Trump’s election and the Brexit voting have been the result of populist maneuvers. The Polish plumber, the Mexican rapist, the Islamic fundamentalist, and etcetera (remember the greedy Jew from the Nazi?), are xenophobic fabrications without empirical relevance to national economies. They are mere rhetoric puppets and scape goats.

Populism depends on people believing that a simplistic plan will solve a complex problem, which can only happen if there is misinformation and ignorance. Irresponsible journalism also carries a share of blame on both Trump’s election and the Brexit voting. In the first, the Democrats-inclined media (mostly CCN) gave extraordinary coverage to Donald Trump since the very beginning of the primaries because it was good for the audience rates. When the bad joke went too far, they couldn’t stop it anymore. (But, again, can we consider democratic an electoral system that is so anachronic and so scandalously influenced by big capital?) In the case of Brexit, the British media remained oddly silent for at least a decade of demagogues blaming the fictitious lazy Europeans for their domestic problems. Here goes the simplistic promise: “If your life is not as good as you wished, just exit Europe and the problem will be solved”. Well… that’s not so elementary my dear Watson.

Finally, if we step beyond analyses of national economies and look at the global business, the conclusion remains the same, just more obvious: barriers to migration (as well as barriers to flow of capitals and goods) create distortions to currency fluctuation and to markets’ values, not the other way around. Closing boundaries is a path leading back to economic obscurantism and stagnation.

Bottom line: perceived economic threats due to immigration are hugely overstated. The real problems are ignorance and populisms, which can be solved through decent education systems, responsible journalism, and freedom of speech.

In recent times, nothing has provoked more debate or in many cases fear in the general populous more than the immigration topic.  In fact, in 2016 we saw two major surprises, first the Brexit result and then Donald Trump winning the US election.  Many believe the reasons for these surprise outcomes were that voters making their decision based upon their concern about immigration control.

But let’s answer this question; is immigration really a burden or is it actually a benefit?  The answer is it can be both, but it leans towards being a benefit.

How many times have you heard the outcry of “they take our jobs” from those of the public who tend to fear migrants coming into their countries?  Let’s face it, it is often the first protest we get.  But statistically speaking this is more than often not the case as the jobs that migrants take are the jobs that no one wants or are in totally different fields.   The economic impact of migrants can be calculated but looking at the taxes and other contributions they make and deduct the benefits and services they receive.

If of course they receive more than are putting into the economy then they do indeed become a burden, but more often than not, countries have benefitted from immigrants and have seen expansion in economic output in the long term.

When it comes to currency fluctuations and the markets, there is no short-term impact from immigration, as the markets perform based on current and projected economic performance.  The outcome of increased immigrants would not show signs if they are indeed a burden or benefit for many years.

Immigration is really a tool for politicians to spark debate and win votes and not a driving a force for the markets.