Retirement Planning in the US: An Interview with Gary Scheer

Gary Scheer is the Founder and Managing Member of New Jersey-based Gary Scheer LLC, Complete Financial and Retirement Planning. His company’s unique process enables their clients to enjoy a bigger future through a comprehensive, holistic approach. By implementing creative financial and legal strategies, Gary and his team help them protect, preserve and pass on their […] 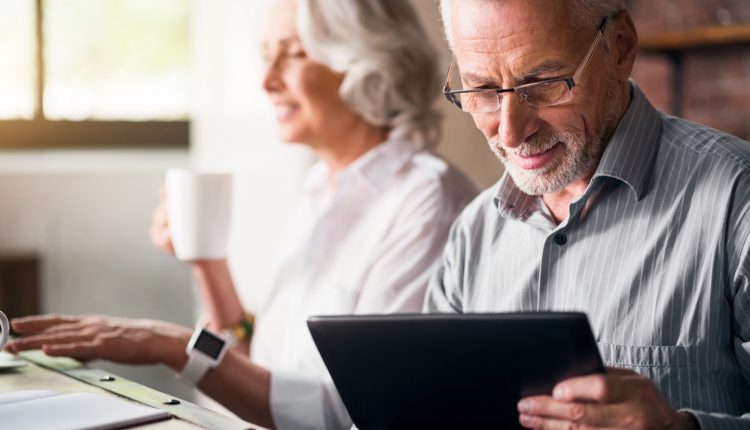 Gary Scheer is the Founder and Managing Member of New Jersey-based Gary Scheer LLC, Complete Financial and Retirement Planning. His company’s unique process enables their clients to enjoy a bigger future through a comprehensive, holistic approach. By implementing creative financial and legal strategies, Gary and his team help them protect, preserve and pass on their wealth to have a big impact on their family, friends, and the causes they care most about. This month, Finance Monthy had the opportunity to speak to Gary and learn more about the retirement solutions that his company provides.

How should individuals in the US plan for early retirement? What options are available above and beyond a pension?

Retirement planning in the US is like having a three-legged stool. The first leg is a pension, the second leg is Social Security, and the third leg is one’s personal savings. Unlike during our parents’ working years, today most Americans do not have a pension plan. They may have employer-based programmes, such as 401(k) and 403(b) plans and brokerage accounts that they have used to accumulate money. However, these accounts may be very volatile and offer few, if any options to provide a guaranteed income for life. One of our tasks is to help people create predictable, guaranteed streams of income to supplement their social security and pension pay-outs. We utilise various financial and legal tools to make this happen. In addition, we’ll employ certain creative financial strategies to optimise the non-guaranteed portion of our clients’ portfolios to keep up with inflation and protect them from the potentially devastating costs of unreimbursed medical and long-term care expenses.

What would you say are the most common retirement plans that clients in New York and New Jersey look for?

New York and New Jersey are two of the most expensive states in the US in which to retire.This may become more apparent over time, due to the recent passage of the Tax Cuts and Jobs Act. This will limit the tax deductibility of state and local taxes, commencing 1 January 2018. Most Americans were taught that they should put as much money as they could into Tax Deferred accounts such as IRAs, 401(k) and 403(b) plans. Doing so enabled those to take a tax deduction in the year the investments were made. The money in the accounts was not taxed during the growth years and would only be taxable when the account holder retired and presumably dropped into a lower tax bracket. Many of our clients are shocked to learn that they are in the same or higher tax bracket in retirement than they were during their working years. Between having no more dependent children, little if any tax deductible mortgage interest, and no more tax deductible retirement plan contributions, nearly all of an average retirees’ income is taxable. In addition, investors who contributed to IRAs and employer-based retirement plans during their working years are forced to begin withdrawing from these accounts after turning 70½ through government mandated Required Minimum Distributions (RMDs) whether they need the income or not. Another surprise for many retirees is that their social security income may be taxed. Individuals earning $25,000-$34,000 per year in retirement may be taxed on up to 50% of their social security income. Those with incomes in excess of $34,000 may be taxed on up to 85% of their social security income. For married couples filing joint tax returns, the figures are $32,000-$44,000 and above $44,000 respectively.

What are the most common challenges that people in America face in regards to preparing for a retirement?

There are many risks and challenges that Americans face as they to people living much longer than company actuaries projected. As a result, due to longer life expectancies, those fortunate enough to have a pension are at risk that their former employer, whether a private company or government agency, may not be financially solvent to continue making their promised payments in the future. This may put extra stress on one’s personal savings in order to protect them in the event of potential pension fallout. In addition, since people are living so long, they run the risk of having many years of unreimbursed health to prepare to pay for retirement. One of the biggest and long term care expenses in retirement. This is known as the ‘Longevity Risk’. By helping our clients take Longevity Risk ‘off the table’, all of the other risks that retirees must deal with such as stock market risk, interest rate risk, sequence of return risk, liquidity risk and legislative risk will rarely become an issue as people age.

What attracted you to this field? How challenging is it to work in an ever-changing regulatory environment?

In the early stages of my career, I worked primarily with middle management executives and small business owners in connection with their employee benefits, risk management and retirement planning. Then in 2000, a tragic event in my wife’s family changed the focus of my practice to retirement and estate planning. My wife’s grandmother was a frugal but loving woman who worked hard to provide for her three daughters. She owned a knitting store for over 50 years and had built an estate worth nearly half a million dollars. After her death in 2000, the family learned that the estate was nearly bankrupt and all that remained were several small pieces of jewelry which were fought over by the sisters. “How could this happen”, I said to myself; “Where did all the money go?”  The answer – in 1994 my wife’s grandmother broke her hip and after a successful hip replacement surgery, went into a rehab/nursing home for 45 days of post operative care. She had one daughter living with her at the time who decided to keep her mother in the nursing home for 6 years at a cost of nearly $400,000! I was shocked and saddened no one had consulted a financial planner to look at alternatives to nursing homes and implement strategies to protect the estate of a woman who worked so hard to build her legacy. This stirred a passion in me to help other families and people near retirement age to protect the wealth they have worked so hard to accumulate. Since then, the financial services profession has become one of the most highly regulated fields in our country. In 2016, the Obama Administration issued new Department of Labor (DOL) Rules mandating that financial professionals offering financial advice involving retirement assets operate as Fiduciaries and “act in their client’s best interests”. While one would hope their adviser will recommend products and services that are in a client’s best interests and not merely what is suitable’, when the government gets involved and mandates what private companies should and shouldn’t do, compliance expenses commonly rise dramatically and cause advisers to stop working for smaller clients, the ones who were supposed to benefit from such legislation. Currently, the Trump Administration has put some of the more onerous requirements of the DOL Ruling on hold for further investigation.

How has retirement planning in the US changed in the past 35 years?

In the early 80s, IRAs and 401(k) plans were relatively new. People typically worked for one company for their entire careers, retired with a pension; and along with Social Security, had enough money to enjoy a retirement with few, if any, financial worries. Since then, most private US employers have disbanded their pension plans and offer Defined Contribution Plans such as 401(k)s that require employees to fund a large percentage of their retirement nest eggs. These plan participants have been forced to become their own pension and retirement plan managers with minimal education, training and experience and a limited selection of funding options for what for many is their greatest single financial asset. According to the Society of Actuaries, if a couple is married, there’s a 72% chance that one of them will live to age 85 and a 45% chance that one will live to age 90. As a result, having a plan to cover health-related expenses and not run out of money is more critical than ever before.

What is the single most important piece of advice in regards to retirement you would offer to American people?

It is a lot more challenging to plan and implement how to manage one’s assets in the distribution phase of their investment life than during the accumulation stage. This is not a do-it-yourself proposition. Hire a Fiduciary Financial Adviser who specializes in retirement distribution planning to put the odds of success in your favour.