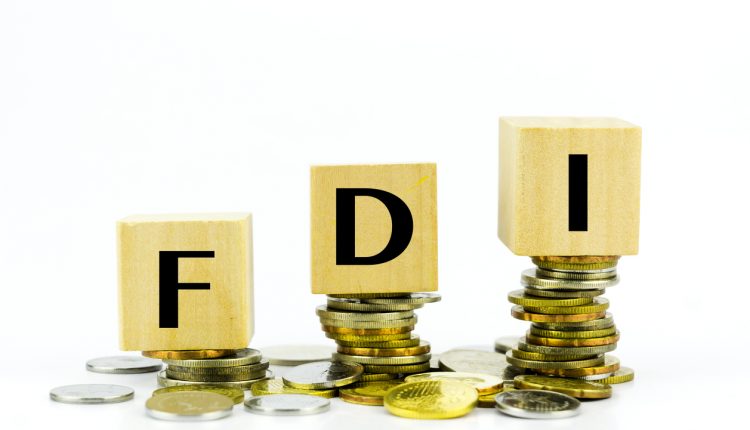 It has been reported by GOV as per the report UK FDI Investment, Trends and Analysis: 2018 that growth in the value of Foreign Direct Investment (FDI) positions held in the UK by overseas investors (FDI liabilities) exceeded that of UK FDI positions held abroad (FDI assets) in 2016.

Inspired, Turnerlittle.com took time to consider the projects and jobs created by FDI in the UK, identifying the 6 sectors benefiting from this type of investment the most.

Types of Foreign Direct Investment taking place include New Investments – up by 9%, Expansions – down by -5% and Mergers and Acquisitions (including Joint Ventures) – down by -6% in 2016-17. Further, the USA remains the UK’s largest source of inward investment; providing 557 projects, followed by the rest of Europe, Middle East and Africa (261) and China and Hong Kong – with 160.

In a table created by Turner Little, it is evident where projects are feeding a healthy workforce by comparing total projects and total new jobs in regions across the UK. 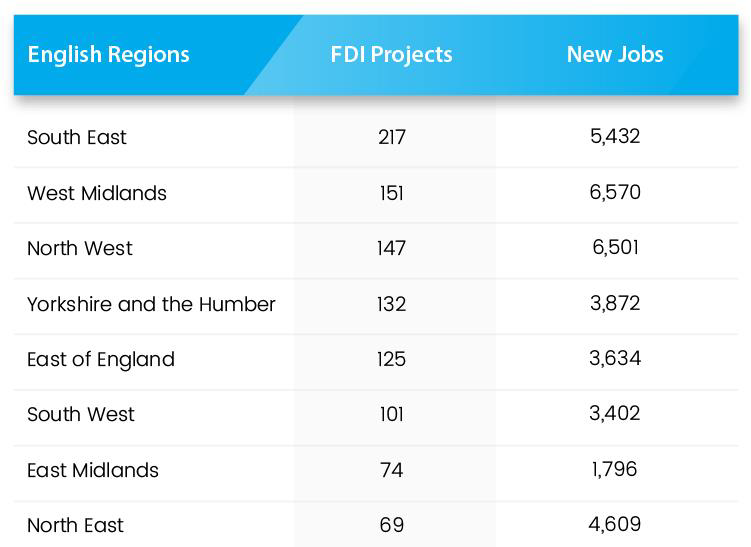 In terms of industry, Turnerlittle.com found the UK’s Software and Computer Services sector to be number one for FDI, with 418 projects in 2016-17. This total is followed by the Financial Services industry (217) and Business and Consumer Services (211.)

Closing the top six sectors benefitting from Foreign Direct Investment the most are Environment, Infrastructure and Transportation, with 184 FDI projects in the UK, Creative Media (151) and Advanced Engineering and Supply Chain – with a total 146.

The top three sectors with the least FDI projects are Chemicals and Agriculture (50), Extraction Industries (49) and Aerospace (47.) 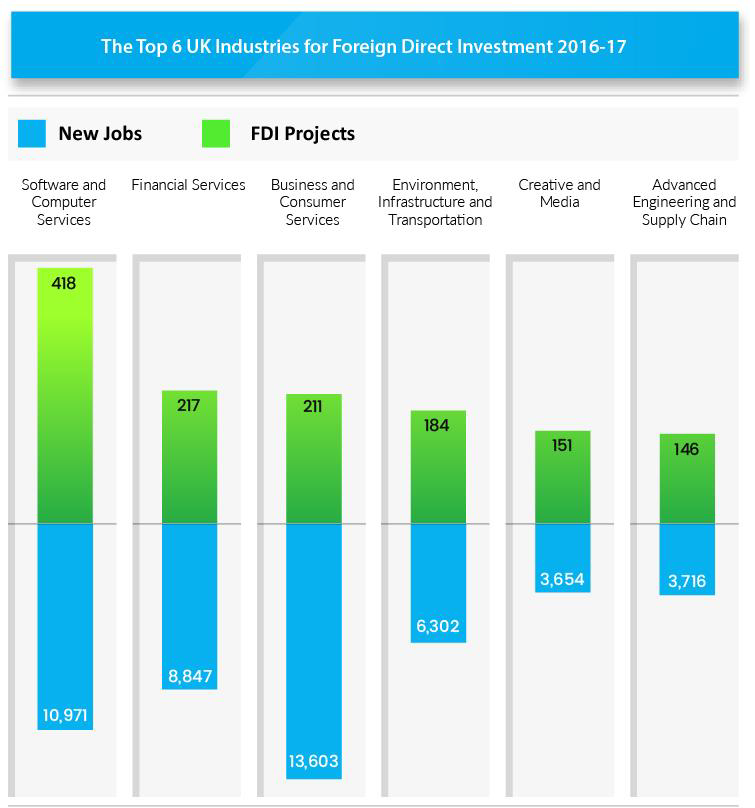