How Much Money Has HBO Made from Game of Thrones?

When you play the Game of Thrones, you win, or you die. 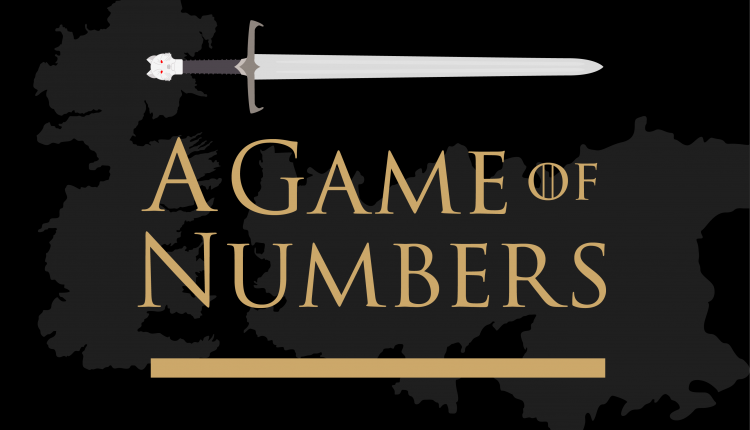 After 8 seasons spanning 73 episodes and bringing together 566 characters, HBO have spent an estimated $1,460,600,000 to bring George R.R. Martin’s vision to the screen. But has this investment made them richer than the Iron Bank of Braavos or will they have to emulate the Lannister’s in always paying their debts? 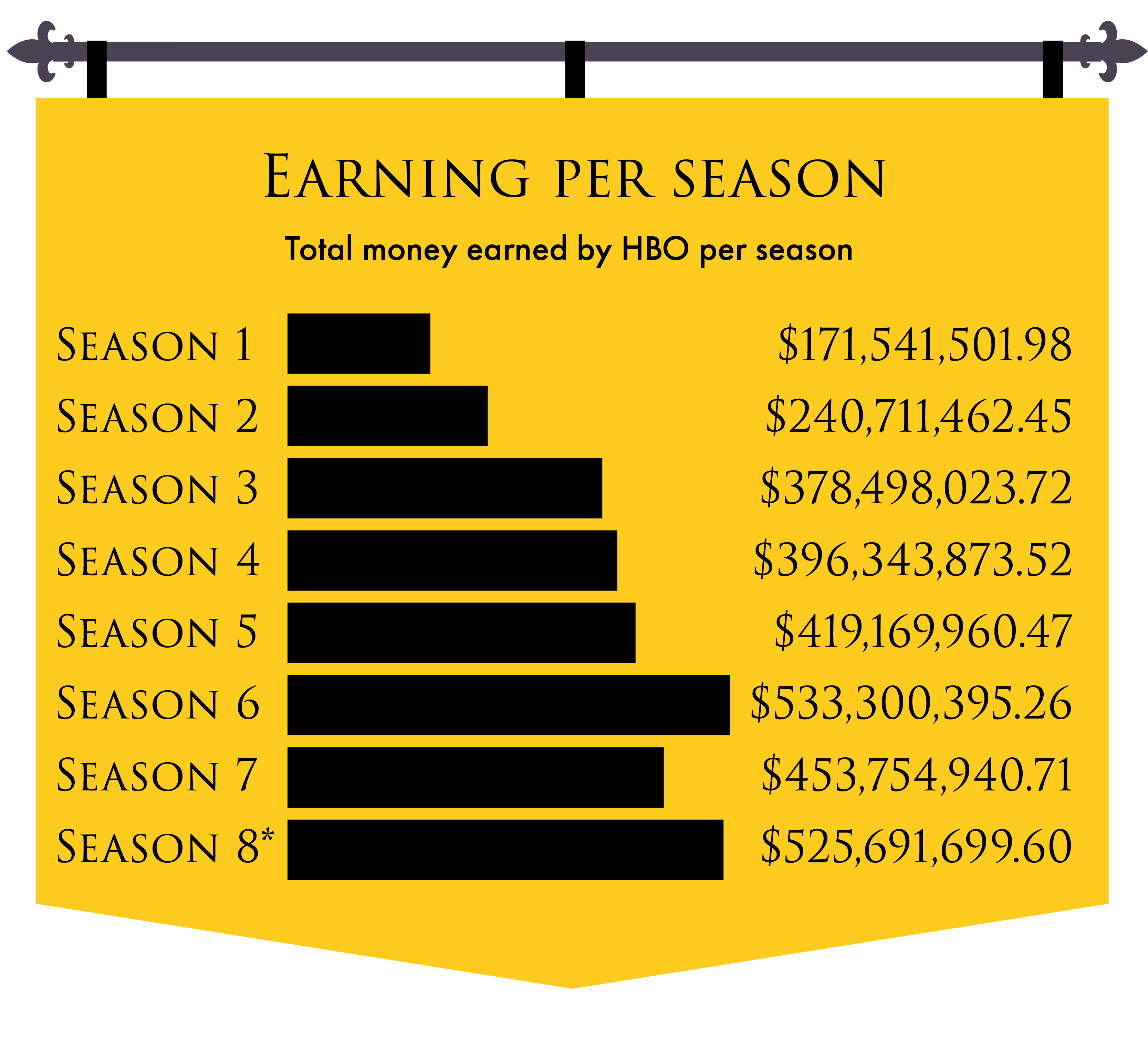 ThinkMoney have played the ‘Game of Numbers’ to find out just how profitable the sprawling epic has been to HBO ahead of the season finale. By analysing viewing figures, subscriptions costs and production costs, they found that: 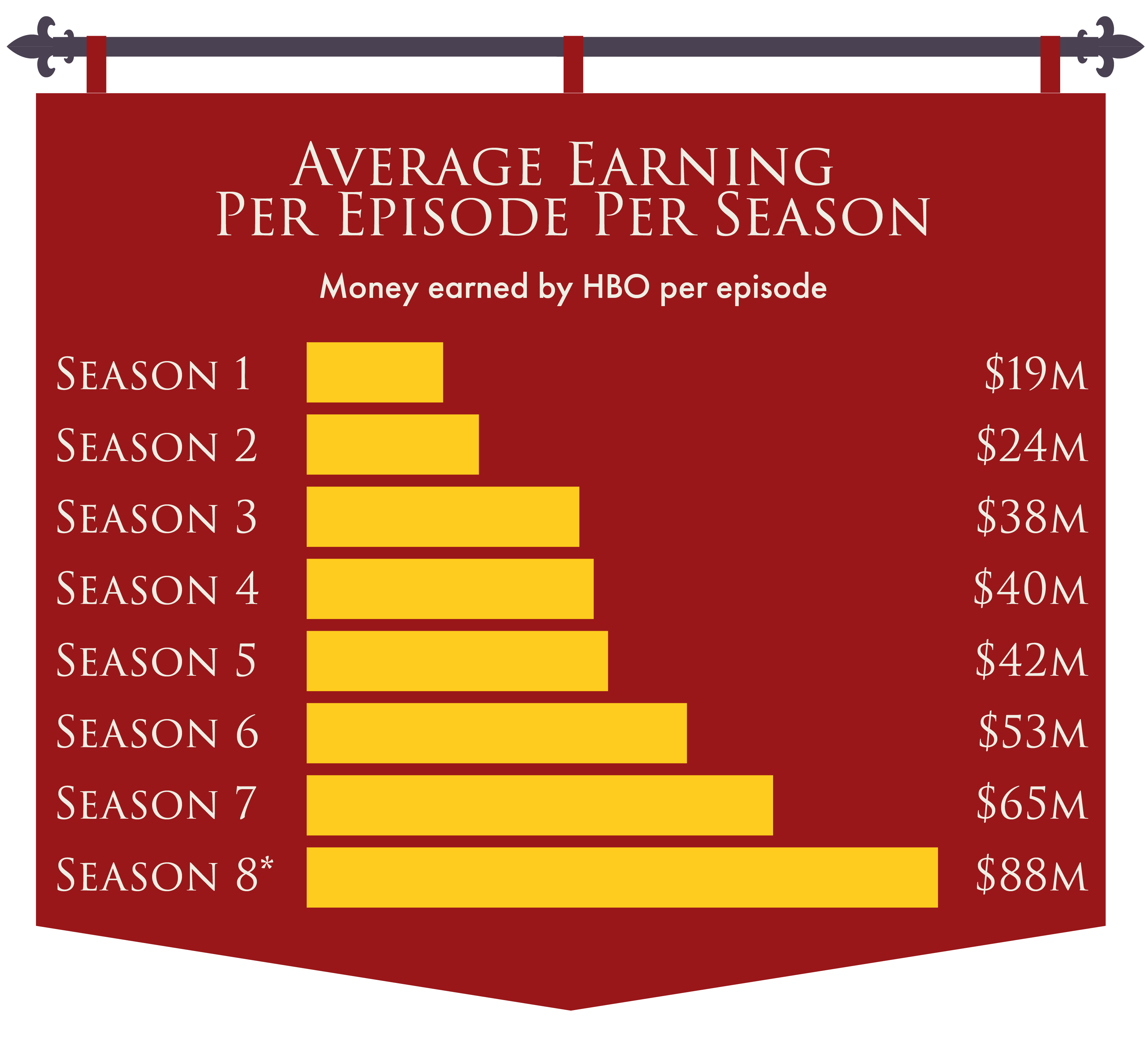 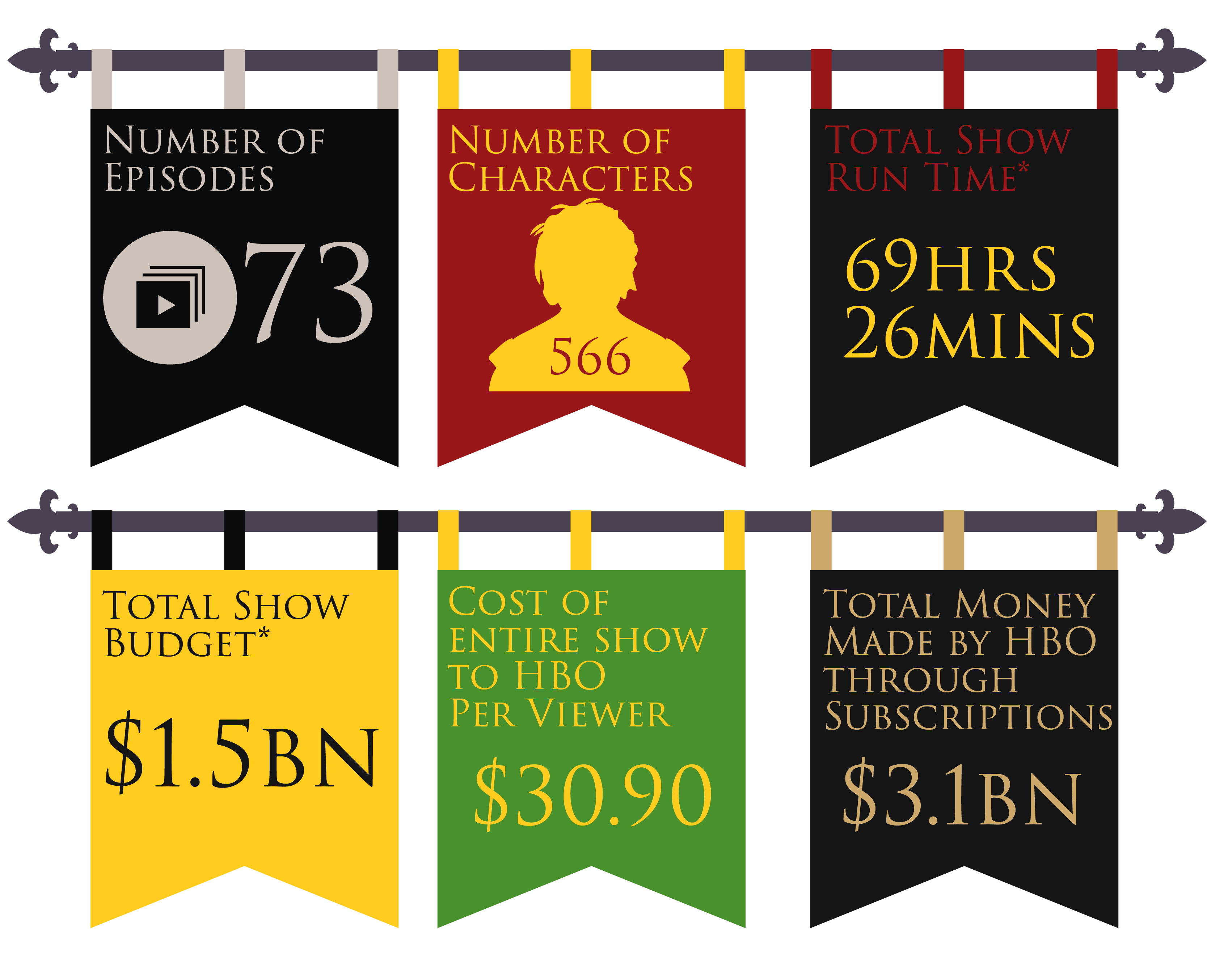 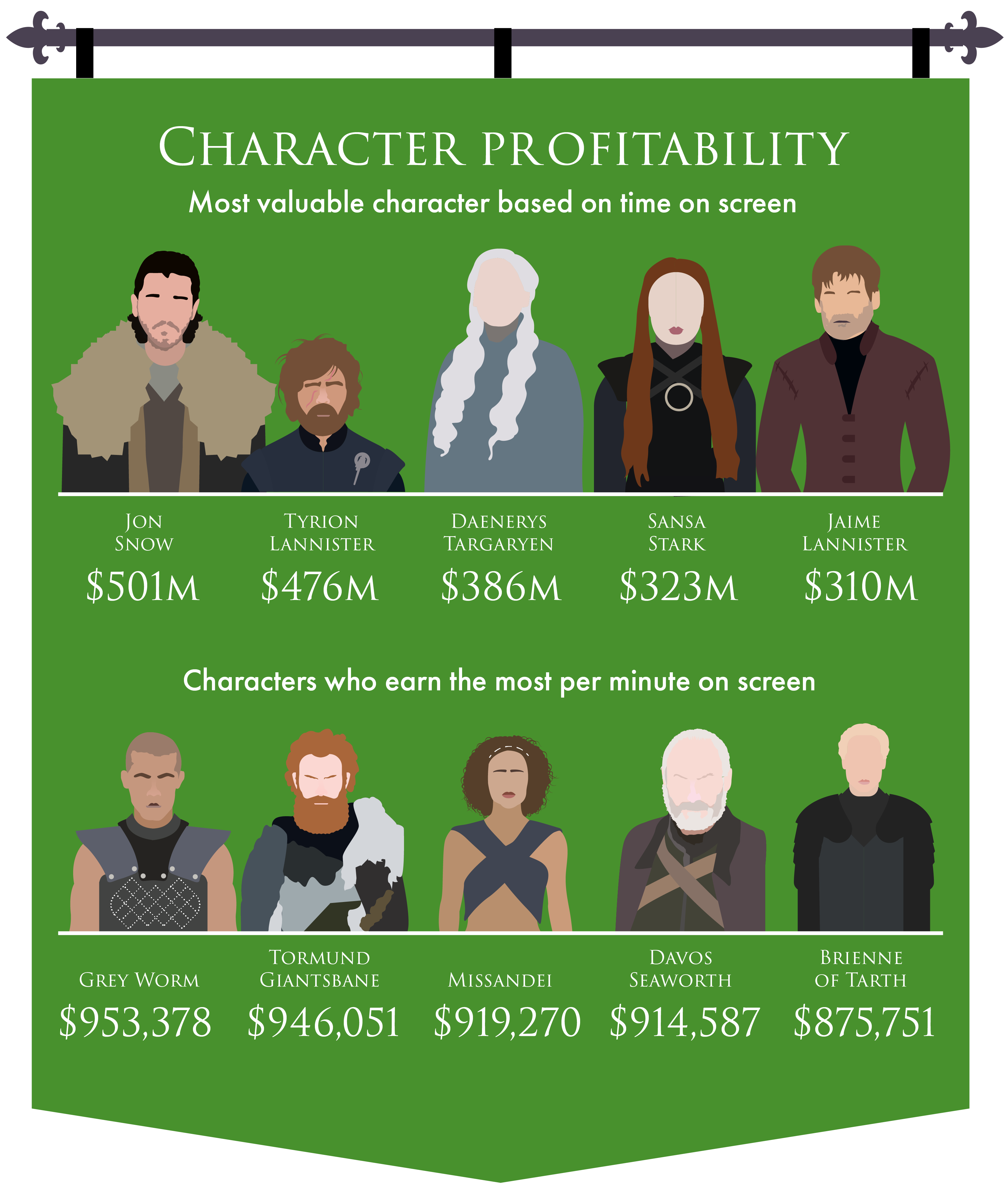 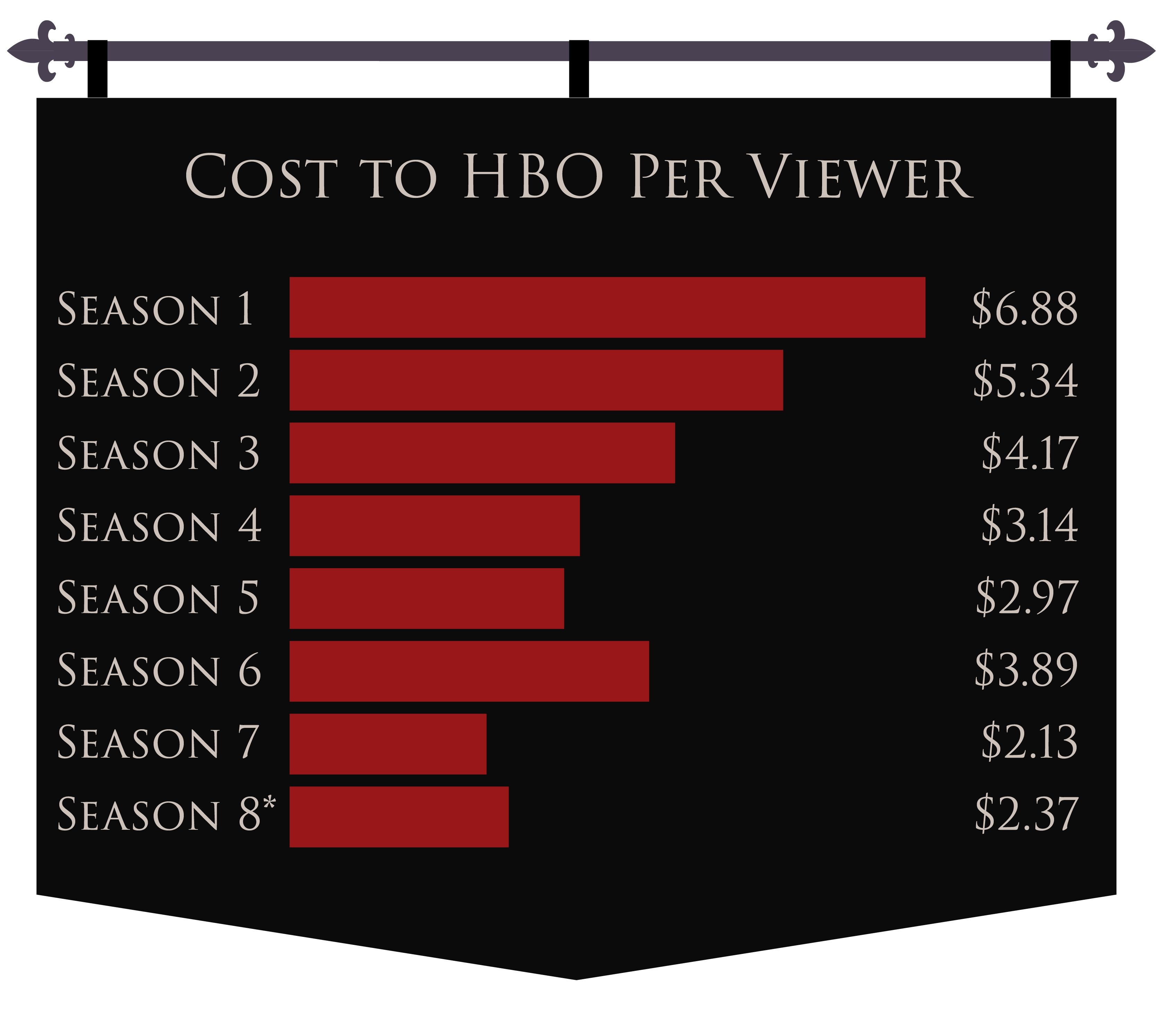