The True Impact of Financial Stress

Research revealing the negative impact of financial stress in the workplace has been highlighted during National Stress Awareness Month, which took place in April. 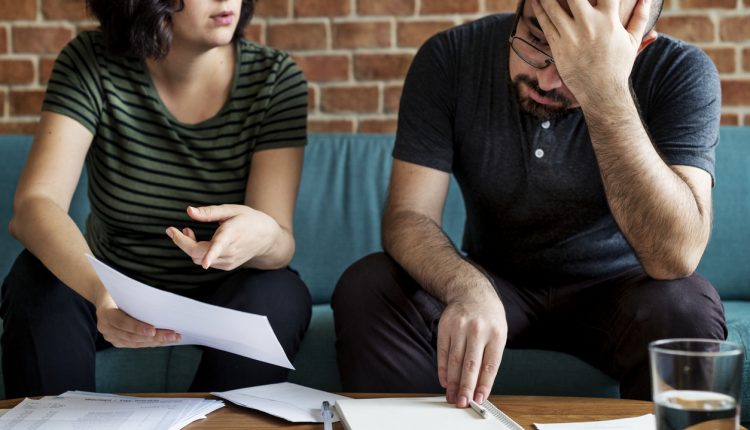 Data shows that almost half of those working in Britain have financial worries (40%) and this is linked closely with stress and depression.

The research by Salary Finance, a financial wellbeing solutions provider, surveyed over 10,000 British workers. Of the group with financial worries, a huge 73% reported to suffer with stress, and 46% with depression. Overall the data showed stress levels were 380% higher and depression levels 490% higher than those who did not have financial worries.

Anxiety and panic attacks have a fourfold higher occurrence among working people with money troubles. Sleepless nights were also reported nine times more frequently, while 41% of those surveyed admitted that their quality of work was affected by unease about the state of their finances.

The data also revealed that the nation’s financial situation is a concern – with 18.6 million working people in the UK (53%) lacking financial resilience and 11 million regularly running out of money between paydays.

Asesh Sarkar, CEO at Salary Finance, said: “As April is National Stress Awareness Month, we wanted to further highlight the issue of financial stress and the impact this can have on people – particularly in the workplace. This added level of stress is something that employers need to address by removing the taboo of talking about money worries in the workplace.

“It is not a matter to be taken lightly, but interestingly is something that people are happy to share with their employers. In our research 77% of respondents said they trust their employer to treat their financial situation as confidential. This puts employers in a great position to really help their staff become more financially stable and therefore happier in their everyday lives.”

The findings also reflected on how this impacts people during the working day. The group with financial worries were shown as eight times less likely to finish their daily tasks, and almost six times more likely to report troubled relationships with co-workers.

They also take 1.5 days a year off work due to their financial stress and are more likely to be looking for a new job. This can have a great impact on employers in turn. A recent Harvard Kennedy School study reported that the cost of losing an employee is between 16-20% of annual salary.

The overall impact on British business is estimated at £39-51 billion annually, equating to almost 2.4% of UK GDP. This is greater than the budget for defence and more than half the education budget.

Asesh added: “We are passionate about the role that employers can play in helping staff get their finances in shape.

“Employers are in a unique position to provide support, through financial education, salary-deducted savings, advances and loans, to help employees increase their financial fitness and ultimately improve their financial wellbeing. The added dividend for businesses comes in the form of a happier, healthier and more productive workforce.”