Has the Rise of Algorithmic Trading Increased Tail Risk and the Frequency of Flash Crashes?

Risk management is an essential part of successful investing. Planning, knowledge and quick thinking can minimise risk, but will never eliminate it completely. Yet there are certain risks that occur so rarely, that contingency measures are seldom made for them by the majority of investors, despite their huge impact on financial and economic markets. The technical term for such a happening is called a “tail event”. Quantifying the “tail risk”, the risk of such an event taking place is difficult due their rarity and the fact that they are normally triggered by unpredictable shocks. 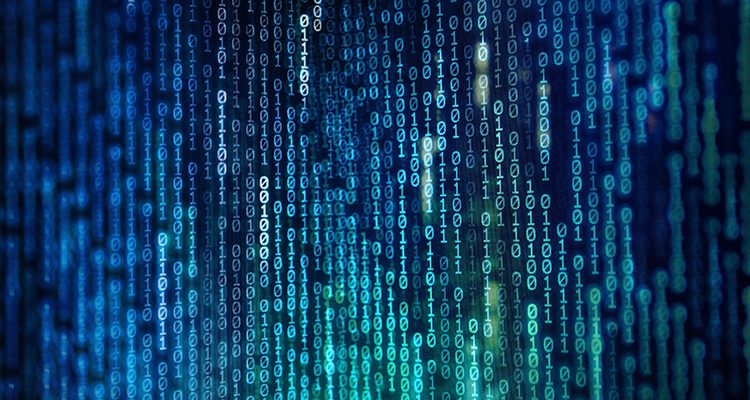 There are some hedge funds, however, that exist purely for the purpose of tail risk hedging and this creates consistent demand for various derivative products which in turn effects their pricing in the market. Since the 2008 financial crisis, there have been a number of ‘tail events’ which some market commentators say have been happening with increasing frequency across multiple asset classes. Some examples of such extraordinarily volatile events include, 2010 SPX Flash Crash, 2015 EURCHF peg break, GBPUSD on 2016 Brexit Referendum, 2018 VIX ETN blow up and Summer 2018 Italian BTP 2Y yields spike.

A potential cause of this apparent increase in ‘Black Swan’ events might be the amount of central bank liquidity being poured into certain markets, distorting the market structure and encouraging many liquidity providers to stop taking risk or move into other products or asset classes. Consequently, when a real market-moving event occurs, the distorted asset will gap in price due to the lack of market makers with sufficient balance sheets or risk appetite to absorb any natural volatility.

‘Flash crashes’ are another type of tail event. Stocks, bonds, or commodities may all fall victim to “flash crashes” where their value rapidly plummets before suddenly recovering. They are a phenomenon that is not fully understood but can be attributed to human or computer error.

It has become increasingly popular to lay the blame for such volatility on algorithmic trading. This is a form of trading that utilises sophisticated and powerful computer programmes to make trades, which are governed by complex algorithms. Within the last two decades, algorithmic trading has become increasingly popular with global stock markets and institutional investors such as investment banks, pension funds and hedge funds.

A potential cause of this apparent increase in ‘Black Swan’ events might be the amount of central bank liquidity being poured into certain markets, distorting the market structure and encouraging many liquidity providers to stop taking risk or move into other products or asset classes.

Handing trading decisions to an automated system means that decisions can be made at a speed and frequency that is impossible for a human trader. Algorithms are not subject to the human emotions that can impact decision making, so decisions adhere to a consistent plan based on an underlying set of assumptions about prevailing market conditions. If market conditions change dramatically, this can trigger circuit breakers that tell the algorithm to cease trading. Alternatively, automatic stop orders could be executed in huge volume in a short amount of time, having a disproportionate market impact, particularly in less liquid market hours.

Despite the use of sophisticated artificial intelligence and machine learning to develop these systematic trading algorithms, they are not infallible. Software glitches can prevent exchanges communicating critical market data, which can result in inaccurate prices being applied to a security. For example, a glitch at the New York Stock Exchange impacted market pricing data last month, resulting in data providers showing incorrect closing prices. Similarly, the London Stock Exchange (LSE) suffers its worst outage in eight years as a technical software issue prevented some of the world’s most reputable blue-chip companies from trading for over an hour. This is the second such outage to occur at the LSE in 14 months.

In the algorithmic trading world, data is everything and if that gets compromised then that can have serious market-moving consequences.

What is the potential risk to your portfolio?

The increased use of algorithmic trading in market making has meant that a significant amount of the liquidity in markets is being provided by high-frequency trading systems. These systems are calibrated using certain assumptions on market volatility and asset class correlations. In the absence of any significant news-flow, this tends to dampen market volatility and increase mean reversion creating somewhat of an illusion of market depth and liquidity. If, however, an extreme exogenous shock were to occur in the market, it is reasonable to assume much of this fictitious depth in the order book will disappear, resulting in large gaps in market prices as no-one is willing to step in and provide liquidity due to the increased risk. In the broader context, as correlations between securities go up and diversification benefits decrease, all portfolios will incur losses at the same time, which in turn triggers further liquidation and helps fuel the market-wide ‘tail event’.

With a market that has become increasingly reliant on such high levels of liquidity, this leaves us with a very unstable equilibrium and an environment that is susceptible to flash crashes and adverse multi-sigma moves.

There is essentially an unknown tipping point that exists where the ‘algos’ effectively switch off and leave the market to fend for itself until it is ‘safe’ to re-engage. With a market that has become increasingly reliant on such high levels of liquidity, this leaves us with a very unstable equilibrium and an environment that is susceptible to flash crashes and adverse multi-sigma moves.

Regulation is being adapted to monitor trading algorithms, given they now account for such a large part of the trading volume in many markets. Ensuring that automated trading is being implemented prudently and helping to improve market liquidity rather than create fragilities, is an important role in today’s market surveillance.

In conclusion, blaming algorithmic trading solely for the existence of excess market volatility is probably too harsh and other market factors have surely played their part. I suggest that liquidity providers using automated trading algorithms are made subject to certain constraints that protect the integrity of the market and ensure that the liquidity being offered is robust and more persistent. However, completely eliminating the possibility of crashes (whether algo driven or not) is unlikely and so investors should be aware of the risks and allocate some part of their portfolios to hedging these type of ‘tail’ scenarios.

Nassim Taleb, author of ‘The Black Swan’ and ‘Antifragile’, defines the term Antifragility in the context of investments to mean that they will benefit from unexpected market volatility, arguing that they are an essential component to a robust investment portfolio. Such assets typically include long-term treasury bonds and precious metals. Also, systematic buying of deep out of the money stock index put options is another commonly used strategy to hedge against such unforeseeable events.