The act of deliberately inflating or deflating the price of a a security is referred to as stock manipulation. While difficult to spot when it occurs, there are particular signs to watch out for when determining whether a market might have been manipulated. 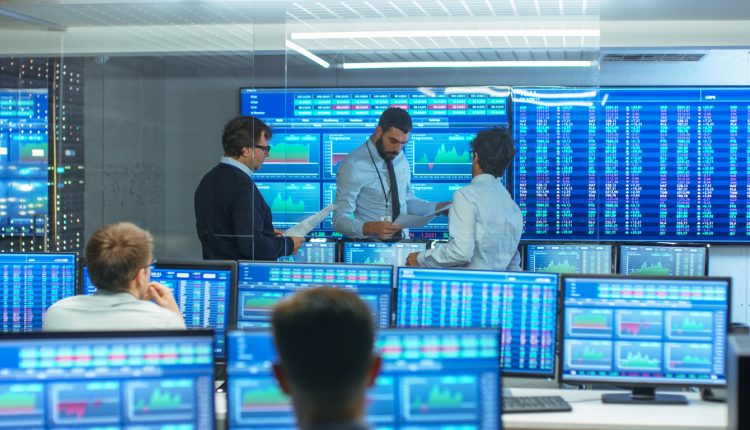 Trading and financial malpractices have been a part of the financial world for as long as anybody can remember. The first major insider trading fraud in the USA dates as far back as 1792, shortly after independence.

Stock price manipulation is completely different from determining the total expected return for a stock. Market or stock manipulation refers to deliberately deflating or inflating the actual price of a particular security. It could also be the tagged influencing market behaviour for personal gain.

Under any circumstance, manipulation is completely illegal. However, it can be difficult for regulators and other authorities to detect manipulators/manipulation. One of such cases that may be very difficult to detect is one with omnibus accounts.

Manipulation becomes more difficult when there is an increase in size of the market and the number of participants in that market. Therefore, manipulating share prices of smaller companies would be easier, especially since penny stocks are not closely watched by analysts and other participants in the market. Medium and large-cap firms, on the other hand, are usually under close scrutiny, making manipulation far more difficult.

Manipulation of stock price comes in a variety of forms. For instance, in order to deflate the price of a particular security, people can place hundreds of small orders at a price that is a whole lot lower than the one that the security has been trading at.

When this happens, investors would assume that this implies that there is, in fact, an issue with the company. This forces them to sell, thereby causing the price to fall even lower.

Another format is using different brokers to place simultaneous buy and sell orders such that at the end of the day, they cancel each other out. This format is designed to create the impression that there is a significant increase in interest in security due to the higher volume.

Market or stock manipulation refers to deliberately deflating or inflating the actual price of a particular security.

Apart from the false order techniques, the other element in manipulating stocks involves propagating false information via message boards and online channels that investors are known to visit often. Legitimate market signals combined with a significant amount of bad information push traders to either pile off or on trade.

One of the frequently used manipulation methods is the pump and dump. It simply entails artificial inflation of a microcap stock followed by selling out and leaving followers coming along holding the bag. The other variant to this manipulation type is the poop and scoop. The poop and scoop method is not commonly used because making a legitimately good company with a standard reputation look bad is a lot harder than making a company that is nearly anonymous look good.

Insider trading has been a part of the U.S. market since the 1700s when William Duer capitalised on his post as assistant secretary of the Treasury to direct purchases of bonds. Apart from this, there have been several high profile cases of recent.

The Securities and Exchange Commission (SEC) in late 2014, brought an enforcement action against Montgomery Street Research, an equity firm. The firm owner was soliciting investors for a publicly traded stock after he had allegedly manipulated the market. After Montgomery was hired by a company to assist in two private placement offerings, the firm owner allegedly engaged in wash trading.

This involves the almost simultaneous purchase and then sale of a security in order to give it an appearance of being actively traded. However, there is usually no actual change in securities ownership. The SEC further alleged that Montgomery dealt in up to approximately 100 wash trades whose sell orders all came within 90 seconds of the securities buy order. The SEC claimed that the stock was otherwise rarely traded and the price and quantity of securities purchased and later sold was almost identical for all buys and sells.

According to Thomas Krysa, an Associate Director of Enforcement at the SEC, wash trading prevents determination of whether or not there is actual market interest in a particular stock. It basically misleads the market, impeding actual knowledge of demand and supply for a stock. The SEC claims that via wash trading, Montgomery Street Research was able to realise over $2.5 million from its investors.

Another interesting high profile case is the lawsuit brought against J.P. Morgan Chase & Co. and HSBC by investors who were represented by attorneys from Gibbs Law Group LLP. They alleged that the bank manipulated prices of option contracts and silver futures, thereby violating antitrust laws. The class-action suit alleged that the market was manipulated by J.P. Morgan and HSBC via massive and coordinated trades that aimed at lowering the price of silver artificially. By lowering the price of silver, the banks made significant profits illegally while restraining competition and harming investors, according to the class action.

The world of finance has been dotted by various market manipulation schemes, and one fact remains: they are all completely illegal.