US Dollar Strength in 2021 and Beyond

Economists' expectations for the dollar were soundly beaten in the first quarter of 2021. What shifts can we expect to see in the months ahead? 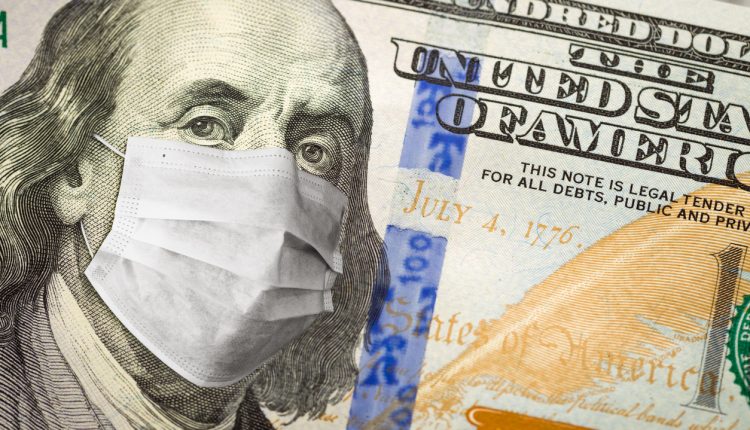 What has been happening with the dollar lately? If that question is on your mind, you are not alone. In fact, many traders, investors, economists, politicians, and international finance enthusiasts have been scratching their heads since the last week of March this year. As the first quarter came to a close, there was nearly universal shock at how well the USD had performed, both overall and compared to the dire expectations set out in late 2020. As every forex trader knows, it’s easy enough to get an accurate, current read on the strength of the greenback, or any other nationally denominated form of money, by using a strength meter.

Meters offer a clear view of how well a given currency is doing against all its rivals. For instance, you can view the currency strength meter on your trading platform and see how well the yen, euro, USD, or any other currency is doing in comparison to all the others. Another gauge of performance is the DXY, also known as the US-Dollar index. For example, on the DXY, the value of the buck peaked last year at just over 100 in late May and then dropped all the way to 91.7 by 31 December. The daily value rose from 89.9 on 1 January to 93.3 on 31 March, ending the three-month run-up in good shape.

All the Predictions Were Wrong

Nearly every major financial institution and organisation that makes official predictions about the value of the USD was dead wrong for the first quarter of 2021. What happened, and what were the estimates? You didn’t have to spend more than a few minutes checking a wealth of financial media sources in late 2020 to learn that the dollar was headed for a terrible first quarter of this year. Then, it turned out that all the Wall Street prognosticators were way off. The safe haven currency stages a comeback of sorts and has been headed upward in value all through the first three months of the year.

Here are some revealing statistics in that last year, due to COVID-19, a contentious presidential election, and several other factors, the greenback took a huge hit for the 12-month period, notching down by almost seven percent based on index values. But in Q1 of this year, the currency moved up by a little more than 3.5%. Overall, in about 12 weeks, almost half of last year’s losses were recouped. And that performance marks the buck’s best Q1 surge in three years. Since the big run-up, though, the USD has retreated a bit, but it’s still looking strong a few weeks into Q2.

One thing that can pull down the value of the greenback is a worldwide economic recovery. When that happens, major investors no longer feel as if they need to avoid investing capital into a safe bet like the US dollar. So, when the United States far out performed every other national post-COVID recovery, a huge chunk of that safe keeping money remained parked in USDs.

The published assumptions of banks, other governments, and Wall Street analysts was that the currency would fall by about 3% between January and late March. The first difference is that 2021 is not 2020, and the US beat the betting line. Bottom line, instead of a 3% fall, the world’s default denomination rose by 3.5%, which means the guessers were wrong by 7.5% in total. In the world of currency values and major financial institution predictions, being that wrong is akin to missing a football bet by 100 points. It just never happens. But it did happen.

Many of the large international banks are sticking to their guns and continuing to predict bad times for USD for the remainder of 2021. Many base their expectations on an assumption that non-US nations will finally begin to fully rebound from COVID-induced backsliding. That could mean, so the thinking goes, that the dollar as a safe haven won’t be nearly as attractive as it is now.

What to watch? Investors should keep their attention on three things. First, see how countries like China, Japan, Australia, and the UK recover from the pandemic, particularly in terms of manufacturing and durable goods corporate performance. Second, watch the DXY on a daily basis. The 50-day moving average of the index reveals a big-picture view of the USD. Finally, check in with the official national banking blogs to see if their estimates about the near-term future of the US currency changes from week to week.

How To Benefit From Online Trading Easily And Quickly

How Does Trading Forex With Bitcoin Work?

How the Forex Market is Regulated