As Camp Nou redevelopment costs continue to spiral out of the club’s control, Barcelona FC has arranged an extension and an increase of the loan provided by Goldman Sachs to fund the work required. 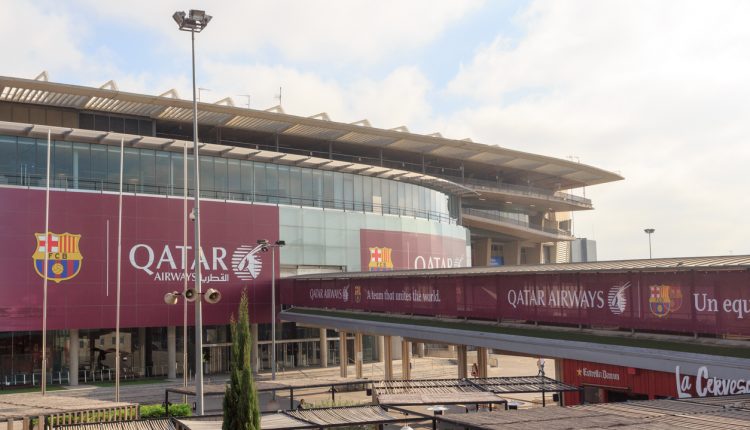 However, the funds obtained as part of the extension will not be able to be used by the club for summer transfer market activity, insiders have reported without official confirmation.

Barcelona FC originally agreed on a deal with Goldman Sachs to fund the redevelopment of Camp Nou, but quickly discovered the amount borrowed was not merely sufficient. Now, further funding has been secured by the club, which will be made available in 2023, as the agreed expiration date on their prior loan agreement has already expired.

Goldman Sachs initially agreed to loan €815 million to beleaguered Barcelona FC in order to cover the costs of dangerously overdue redevelopment works to the Camp Nou stadium and the surrounding area. The funds were secured by Barcelona with a bridging loan of €90m.

Organised under the Josep Maria Bartomeu administration at the club, the original loan was increased to €1.5bn by successor Joan Laporta last year, as costs quickly began to spiral beyond initial projections.

The project was hampered by further complications brought on by the Coronavirus pandemic, which also rendered it impossible for Barcelona FC to repay its bridging loan. The €90m bridging facility was initially supposed to be repaid in 2021, and then again in February this year.

Now, Barcelona FC has revealed that not only has the term on their bridging loan been extended once again, but that its value has been doubled to €180m. Issued subject to fresh terms and conditions, work on Camp Nou, pushed back several times due to the COVID-19 crisis, must now start no later than this year’s offseason, and must be completed in full by 2025.

However, the project is expected to face further complications and delays due to the rising cost of materials and general material shortages, brought about by the escalating crisis in Ukraine. It, therefore, remains to be seen whether Barcelona FC can keep to the updated terms and conditions of its agreement with Goldman Sachs.

The updated terms and conditions of the agreement are said to rule out the use of any of the funds provided to sign new players and bring fresh faces into the squad.

The club has spoken on several occasions about how they cannot currently afford to buy any new players, and that La Liga rules are making it difficult to register new team members. All funds issued by Goldman Sachs must be used exclusively for Camp Nou renovations, making it difficult to predict a successful season to come from Barcelona FC.

Investing for Beginners – A 5-Step Guide

How to Minimize Investment Risks When Trading on the Stock Market