A Complete Guide On The Difference Between Bitcoin And Ethereum

Did you know that Bitcoin had a market capitalisation of $1072.21 billion as of February 21st, 2021? You've heard about Bitcoin and Ethereum, but you're not sure what the difference is. With all of the news and hype around cryptocurrency, it's hard to know which one is right for you. 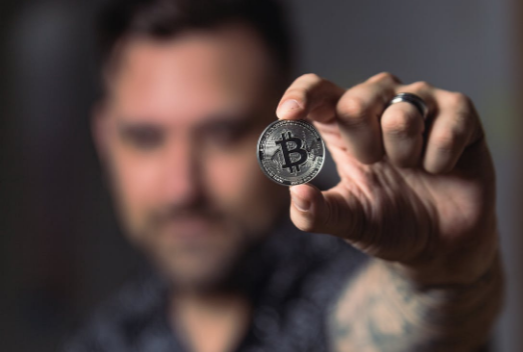 But don’t worry. Keep reading because we’ve created this guide to help you understand the key difference between Bitcoin and Ethereum. After reading this guide, you’ll be able to make an informed decision about which cryptocurrency is right for you.

Different Use Cases Of Bitcoin And Ethereum

Wondering what the use cases of both projects are? Let’s take a look now:

Bitcoin was created as a peer-to-peer electronic cash system. Its use cases include:

You can use Bitcoin to make fast and convenient P2P payments. All you need is the recipient’s Bitcoin address. You can learn more in this thorough guide.

Bitcoin is often referred to as “digital gold” due to its scarcity and the government’s inability to manipulate it. This makes it an excellent store of value for long-term investment.

The beauty of Bitcoin is that it knows no borders. Whether you’re sending money to a friend in another country or paying for goods and services online, you can use Bitcoin to make borderless transactions with ease.

Ethereum was created as a decentralised platform that runs smart contracts. Its use cases include:

dApps are applications that run on the Ethereum network. They are often compared to traditional apps, but they are more secure and decentralised.

ICOs are a popular way to raise funds for blockchain projects. They involve selling tokens in exchange for Ether.

A smart contract is a self-executing contract that you can use to automate transactions or create decentralised applications. This type of contract is based on a set of predetermined conditions, which are then enforced by the code of the contract.

DeFi is a growing sector that refers to the use of blockchain technology to provide financial services. This includes lending, borrowing, and trading platforms.

You can use Ethereum to tokenise assets such as real estate or art. This allows for fractional ownership and more liquidity.

As you can see, both Bitcoin and Ethereum have different use cases. While Bitcoin is mostly used as a store of value or for P2P payments, Ethereum is used for a variety of purposes including dApps, ICOs, smart contracts, and DeFi.

How Immutable Are Bitcoin and Ethereum?

Another key difference between Bitcoin and Ethereum is immutability. Immutability refers to the ability of a blockchain to resist changes to its data.

Bitcoin is considered to be immutable because it is incredibly difficult to change the data on the Bitcoin blockchain. This is because Bitcoin is powered by proof-of-work (PoW), which makes it very secure.

Ethereum is also considered to be immutable. However, there have been some instances where the Ethereum network has been forked to fix critical issues. For example, the DAO hack occurred in 2016 and led to a hard fork of the Ethereum network.Nonetheless, Ethereum’s immutability is still debated by some in the crypto community.

What Is The Difference Between Bitcoin And Ethereum Mining?

Another key difference between Bitcoin and Ethereum is mining. Mining is the process of adding transaction records to a blockchain. Miners are rewarded for their work with crypto tokens.

Bitcoin mining is done using specialised ASIC chips. These chips are designed specifically for mining Bitcoin and are very efficient. Ethereum mining, on the other hand, you can do using GPUs. This makes it more accessible to hobbyists and small-scale miners.

What Is The Difference Between Bitcoin And Ethereum Blocks?

A block is a group of transactions that have been verified and added to a blockchain. Each block contains a unique hash, which links it to the previous block.

The main difference between Bitcoin and Ethereum blocks is their size. Bitcoin blocks are limited to 1 MB in size, while Ethereum blocks can be up to 2 MB in size. This is due to the different ways that each blockchain handles data.

What Is The Difference Between Bitcoin and Ethereum Transactions?

Bitcoin and Ethereum transactions are similar in that you need to verify both to add to the blockchain. However, there are some key differences between the two.

The main difference is that Ethereum transactions can contain data, while Bitcoin transactions cannot. This is due to the different designs of each blockchain. Ethereum’s design allows for more flexibility, which has led to its popularity for dApps and smart contracts.

What Are the Pros And Cons Of Bitcoin And Ethereum?

Now that you know the key differences between Bitcoin and Ethereum, let’s take a look at the pros and cons of each.

Ready to learn about the many pros of bitcoin? Let’s look at them now:

If security is your top priority, then Bitcoin is the better choice. Since Bitcoin uses a proof-of-work algorithm, it is much more difficult to hack than Ethereum. Ethereum’s proof-of-stake algorithm makes it more vulnerable to attacks since hackers can simply buy up a large amount of ETH and then attempt to 51% attack the network.

While this has yet to happen, it is a very real possibility. In contrast, the proof-of-work algorithm used by Bitcoin makes 51% of attacks much more difficult and expensive to carry out.

Bitcoin is often referred to as digital gold because it has many of the same properties as gold. It is scarce and durable, which makes it a good store of value. Unlike fiat currencies, which central banks can print, there is a limited supply of Bitcoin. This scarcity, combined with its usefulness as a medium of exchange, makes Bitcoin a very appealing investment.

In addition, Bitcoin is much more durable than paper money. You can store it securely offline in a digital wallet, making it an ideal asset for long-term investing. Thus, due to its scarcity and utility, Bitcoin is often compared to gold and other precious metals.

If one group of people tries to censor Bitcoin, another group can fork the blockchain and create a new, uncensored version of Bitcoin. This makes it difficult for censors to effectively attack Bitcoin. Finally, Bitcoin is private and anonymous. This means that people can use Bitcoin without revealing their identities.

This makes it difficult for sensors to track and target users of Bitcoin. Overall, the decentralised, resilient, and private nature of Bitcoin make it censorship resistant.

Want to know the pros of Ethereum? Let’s have a look at them now:

Flexibility is one of the key advantages that Ethereum has over Bitcoin. While Bitcoin is primarily a cryptocurrency, Ethereum is a platform that you can use to create decentralised applications (dApps) and smart contracts. This flexibility has led to the widespread adoption of Ethereum by developers and businesses.

Smart contracts in particular have been heralded as a game-changing use case for blockchain technology, and Ethereum is the clear leader in this area. As the blockchain space continues to evolve, Flexibility will likely become even more important for Ethereum.

Ethereum’s blockchain is currently affected by scalability issues. However, developers are currently working on a switch to proof-of-stake (PoS), which should help to improve transaction times and reduce fees. In the meantime, users may have to pay higher fees and wait for long periods to process their transactions.

However, once the switch to PoS is complete, Ethereum should be able to handle many more transactions per second than it can currently. This will be a welcome relief for users who have been frustrated by the slow speeds and high fees.

As the world becomes increasingly aware of the need to protect the environment, many organisations are looking for ways to reduce their impact. One area that has come under scrutiny is cryptocurrency mining, which consumes a great deal of energy. Ethereum, one of the most popular cryptocurrencies, is currently moving to a new system called Proof of Stake (PoS).

Under PoS, you will no longer need miners to mine new Ethereum tokens. This change will help to reduce Ethereum’s environmental impact, as well as make it more energy-efficient. In addition, Ethereum’s move to PoS may encourage other cryptocurrencies to adopt similar systems, further reducing the impact of mining on the environment.

Want To Learn More About The Difference Between Bitcoin And Ethereum?

So, what’s the difference between Bitcoin and Ethereum? In short, Bitcoin is a store of value or digital gold, whereas Ethereum is a platform that allows for the development of decentralised applications.

If you want to learn more about investing in Bitcoin or investing in Ethereum, be sure to check out our blog where we explore these investing strategy topics in-depth. Thanks for reading!

The IRS is Hiring 87,000 New Agents – What To Know About Your Crypto Taxes