The governor of the Bank of England has provided further information on when the UK’s central bank may deploy negative interest rates. 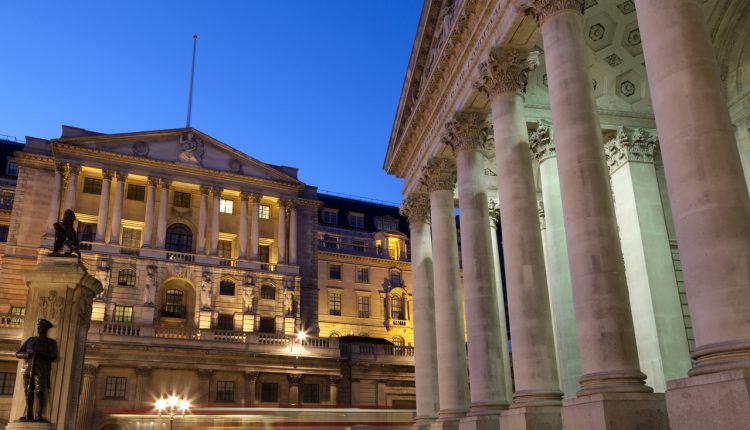 During a webinar held on Sunday, Bank of England governor Andrew Bailey said that interest rates below zero were generally most effective during periods of economic recovery, according to the BBC.

“Our assessment of negative interest rates, from the experience elsewhere, is that they probably appear to work better in a more wholesale financial market context, and probably better in a nascent economic upturn,” Bailey said during the event, adding that it was best for policymakers to act aggressively in the face of uncertainty rather than embracing caution.

Also during the webinar – hosted by the Group of Thirty, an economic and banking panel – Bailey said that he expected Q3 economic output to be 10% lower than at the end of 2019, though he noted that the influence of COVID-19 meant that “the risks remain very heavily skewed towards the downside.”

The governor’s comments added to speculation that the BoE may soon move interest rates below zero. If this were to occur, the UK would be following the example of countries like Denmark, Switzerland and Japan, which have adopted negative interest rates in the past to spur economic activity.

While the BoE has sought to downplay expectations that interest rates might fall below zero, stating that the measure was merely an option was available and that they had “no plans to use it imminently”, the bank’s Monetary Policy Committee has gone on record as having discussed the viability of negative interest rates, and the BoE has more recently sent a letter to UK banks enquiring about their preparedness for sub-zero rates to be adopted.

In late March, the Bank of England cut interest rates from 0.75% to 0.25%, and finally to 0.1% — their lowest level in history. Rates have remained unchanged since then as the UK continues to weather the economic impact of the COVID-19 pandemic.

The BoE’s Monetary Policy Committee will next meet on 5 November, where they will decide to either alter current interest rates or leave them unchanged.